When I found out that Nelson Mandela didn’t write the, “Our deepest fear…” quote, my mind was blown. I pecked at my keyboard, clicked my mouse, going site to site trying to find evidence that Mandela indeed said these wise words. Like a seven year old watching the mall Santa take off his white wig and beard, I gaped at my computer with wide eyes and a frozen heart. I just found out that Santa Claus is not real.

How did I not know the real author of my favorite quote? I am a writer, a seeker, a wonderer, an intellectual, a critical thinker, a checker of words…how can this be?

I’ve read this quote in books printed by traditional commercial publishers, and attributed to Nelson Mandela. A more daunting question is what other popular quotes are erroneously attributed?

I have been using this quote for fifteen years. This quote has been posted in my work space for a decade. I’ve given birth to three children and repeated these words to them. I loved when the movies like Akeela and the Bee and Coach Carter used the quote on screen. The quote was supposed to have been written by a world famous South African sage and yet it was written by a middle-aged white female spiritualist. I respect Marianne Williamson’s work. I enjoyed her newest release Tears to Triumph, a useful guide for people who need to do inner work or understand emotional tolls.

But knowing the truth about the quote is forcing me to re-orientate myself to the words and their true meaning. They still mean the same thing yet they have a different essence now. They are not words from a world weary, historically oppressed and well-known South African activist.

They are words formed in the mind of a privileged white female with remarkable spiritual insight. My dream of having understood the depth of a great man has been fractured. Even though Mandela did not say it, I am glad someone did; even if that someone is his polar opposite, writer Marianne Williamson.

Unearthing this truth is leading me toward a better understanding of humanity. Things are messy with us. Although some muddy the water for sport, most humans just simply misunderstand, misjudge, overhear, and just take a guess. The reason society’s fist is so tight around the ideas of ‘proof’ and ‘science’ is because of our tendency to believe inconsistencies, false motives and outright lies. Science and Proof seem to guard us from the horrors of mistakes and deception. But as much as science demystifies, it also generates more questions than it can ever answer. Science knows it’s in over its head. Snafus will happen. So I can be assured that many more will come into my life but I hope that they will all be attributed to the correct source.

Many people don’t use hypocrisy in the proper context.  They’ve muddled the meaning.  A hypocrite isn’t merely someone who says one thing but does another.  I am very slow to assign the label of hypocrite to others because human thought expands and shifts frequently.

Some of the things I believed as a teenager, I no longer believe as an adult.  I allow wiggle room for beliefs updates, converts, and maturity.  Mind changing is allowed; hypocrisy is not.

When my uncle would puff his cigarettes then blow the smoke in my face and say, “don’t you ever start these things…they’ll ruin your life.”  He wasn’t being a hypocrite, he was being honest.  He didn’t hide his use of cigarettes while bad mouthing the habit in public. He used openly and bad mouthed openly. He was not a hypocrite.

Sometimes we can slowly drift into the hypocritical realm without being aware like accidentally giving donations to a slaughter house because you didn’t read the form right and you are a known animal rights advocate with a website and everything and recently updated your site condemning meat eaters.

It is very rare that one is unaware that they are being hypocrite.  Most of us know, rather acutely, when we have veered past the beliefs that we’ve pretended to live by.

The girl who preached to me about the wickedness of premarital sex whilst having it herself yesterday is a hypocrite.

If you scold someone for a sin and then find yourself in that same sin a year later, I do not consider you a hypocrite.  You are simply a misguided individual who spoke too soon.  If you however, continue to scold people for the very sins that you regularly indulge in, then you, my friend are a fabricated, fictitious, master of the stage, worthy of an Oscar, bona fide hypocrite.

Hypocrites are typically the double-lifer’s; you know, those people who live in two opposing worlds. People like the president of a rape prevention organization, who rapes women in his spare time, and the upstanding preacher who casts out homosexual demons yet maintains a homosexual relationship in private are the paradigm of hypocrisy.

The thing to remember about hypocrisy is that it is based on contradiction.  It is not based upon changing your mind (truthfully), learning, growing, or changing perspective.  I guess this is why it is not a good idea to be judgmental, preachy, or disparaging towards others.

You may find that you feel differently later and people will mistake you for a hypocrite. 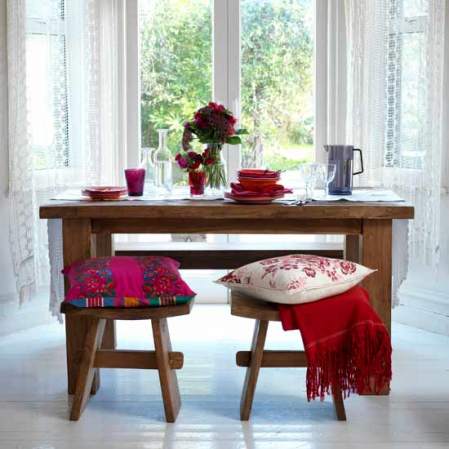 Snapshots of Love, Life and Locs through Mika's Lens